We really want the new Renault Clio RS, and this render brings us closer 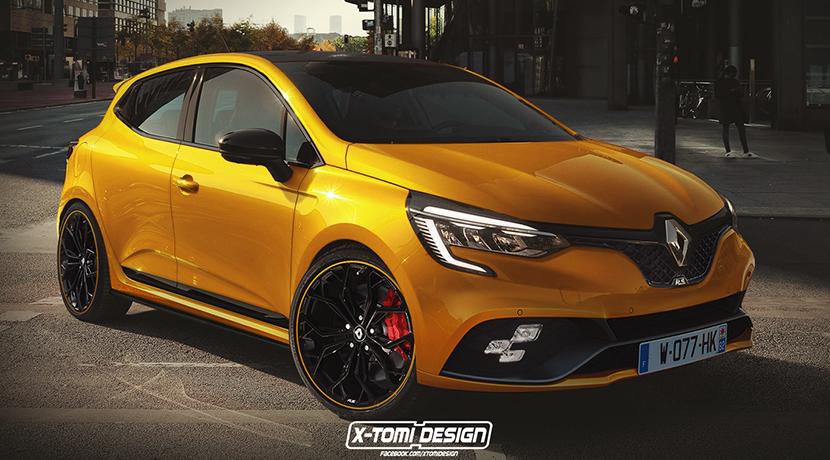 Without a doubt, the most important moment of the last months at Renault took place on January 29, the day they first showed the new Renault Clio . The French utility vehicle can be seen live and direct for the first time in a couple of weeks, during the Geneva Motor Show, although we already have all the exterior and interior details. Of course, there is still much to know, as all his technique.

The French firm of the diamond for the moment has not been pronounced regarding the fifth generation engines, although it is easy to guess that there will be variants between approximately 75 and 130 CV . Most will be gasoline, although there may be a gap for some diesel. In any case, what we would most like to know is the aesthetics and performance of the future Renault Clio RS .

The recreation that we see in the header image of this article has been carried out by the specialist X-Tomi Design . In it we see that it has taken an official image of the "normal" Clio and has added the features of aesthetic differentiation of the current Renault Clio RS. In addition, he had the detail of using the RS yellow color that he feels so good in these last generations.

The details that stand out the most in this course Clio RS digitally created by X-Tomi are the integration of the checkered flag as lights of front fog lights (already seen in the predecessor), all the lower forms of the bumper with the air intakes towards the engine compartment, the huge black rims with the edge finished in yellow, front brake calipers finished in red with the signature of Brembo or the black details in contrast.

It is more than likely that the new Renault Clio RS will not arrive in the market in the next few months, but we will have to wait until 2020, surely. What is clear is that the fun will be assured with him. Some time ago rumors said that this sport utility could use the Alpine A110 engine in a variant conveniently adapted for him, but the French brand has not been pronounced and, we are very afraid, there is still much to do.